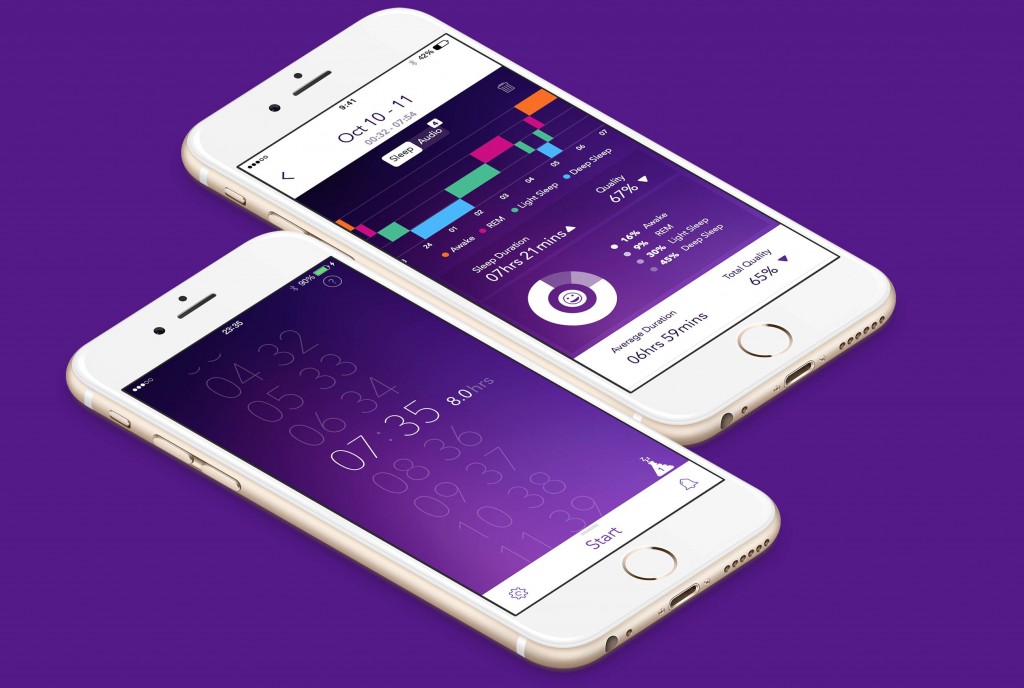 We’ve been kind of silent during the last few weeks, as we were preparing a major update for Pillow. So, after some painstaking effort, the second version of Pillow is finally here and we’re excited to share with you its new features!

In a nutshell, it’s a rather big update including many popular feature requests, adaptations for the latest devices and iOS 8 HealthKit integration and a brand new iPad version. Let’s dive into some more details about each one.

As of version 2, Pillow is a Universal app supporting natively both iPhone/iPod and iPad. Adapting the app for iPad presented quite a few challenges: We had to redesign certain aspects of the interface and mainly the daily statistics screen in order to exploit the bigger screen real estate and perform a variety of adjustments in our other views to make things appear and work smoothly. The incorporation of iCloud gave us an “easy”1 way to sync sleep data between the devices so that users owning both devices can do the recording on iPhone which is easier to accommodate on the bed and browse through their statistics on the iPad, enjoying the larger screen.

Yes, finally Pillow supports HealthKit and interacts with Apple’s Health app. We have already described our intentions regarding HealthKit integration in a previous post and especially how we wanted to include and visualise more aspects of a person’s health and well-being and relate them to sleep efficiency. So, apart from feeding the Health app with the sleep duration data, we incorporated ten more data sources that can be viewed in comparison to sleep quality without needing to leave the app. These sources include: heart rate, systolic blood pressure, caffeine intake, dietary calories, blood alcohol content, weight, steps, cycling distance and Nike Fuel. Every one of these metrics is firmly believed, by current sleep research, to be closely associated with sleep efficiency and be a potential contributing factor or a result of sleep disorder. In that perspective we found it very useful for a person to be able to immediately and easily see and assess this kind of information. We must note that all HealthKit derived data remain on the device and are not stored or shared with any kind of external service or the iCloud, in order to ensure absolute data privacy.

Pillow interface is now also supporting the larger iPhones in native resolution. Since we’re very proud for Pillow’s design we got very frustrated seeing our app in the blown-up compatibility mode and we were truly eager to make things right.

Apart from these major changes, we’ve included a number of smaller yet significant upgrades to the app like the fact that we now offer the opportunity to continue an interrupted sleep session when the interruption is less than 10 minutes.

A short glimpse to what’s next

With the introduction of the iPad version and the HealthKit integration, we believe that Pillow is now one of the most complete sleep tracking apps on iOS. But there are a lot more things in our table for the near future:

Celebrating our new update, we are releasing Pillow Premium (offered as an in-app purchase) at a 40% discount and now costs only $2.99 for a very limited time! The download and basic use of the app remains free of course.

As always we would very much like you to try Pillow and send us your feedback, positive or negative. Your opinions and remarks are massively helping us to build a better app.

1 The quotes are in place deliberately since taming iCloud from a developer’s perspective is a true nightmare, but that’s an issue for another post.